Abroad in Europe? Touring all the Hackerspace? Want to know where stuff is happening and when?

Shortly after discussing the idea at Geekend16, an awesome person at CCC created this even more awesome calendar event aggregator for CCC associated hackerspaces. It works by grabbing calendar and location information from SpaceAPI. 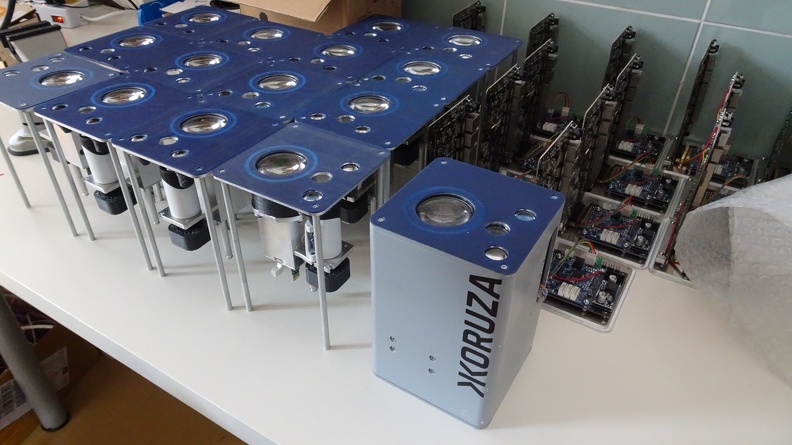 Last Friday we went on an afternoon trip to the nice city of Maribor in Slovenia, less than one car hour from Graz, to met Shuttleworth Foundation Fellow Luka and Boštjan of IRNAS, their Institute for development of advanced applied systems Rače and watch dem develop Open Source Hardware as well as do some DIY BioHacking.

Check out our gallery and see some nice photos of their DIY BioLab, the hardware developement lab and the newest Koruza Prototypes.

IRNAS is located on the 2nd level of the Creative center Tkalka, right in the city center. The building also hosts a big CoWorking Space and an even more impressig Fab Lab, the Kreator:Lab. There is even a small beer lab.

Some Projects of note: Koruza: Is an IRNAS developed open-hardware free-space optical network system, which connects your network via a 1 Gbps laserlink

SafeCast: is an open-hardware geiger counter, already well known of the SafeCastMap

GoodEnoughCNC Family: is a three axis system used in 3D Printer projects like the Troublemaker or cheap CNC mills or even a DIY plasma cutter.