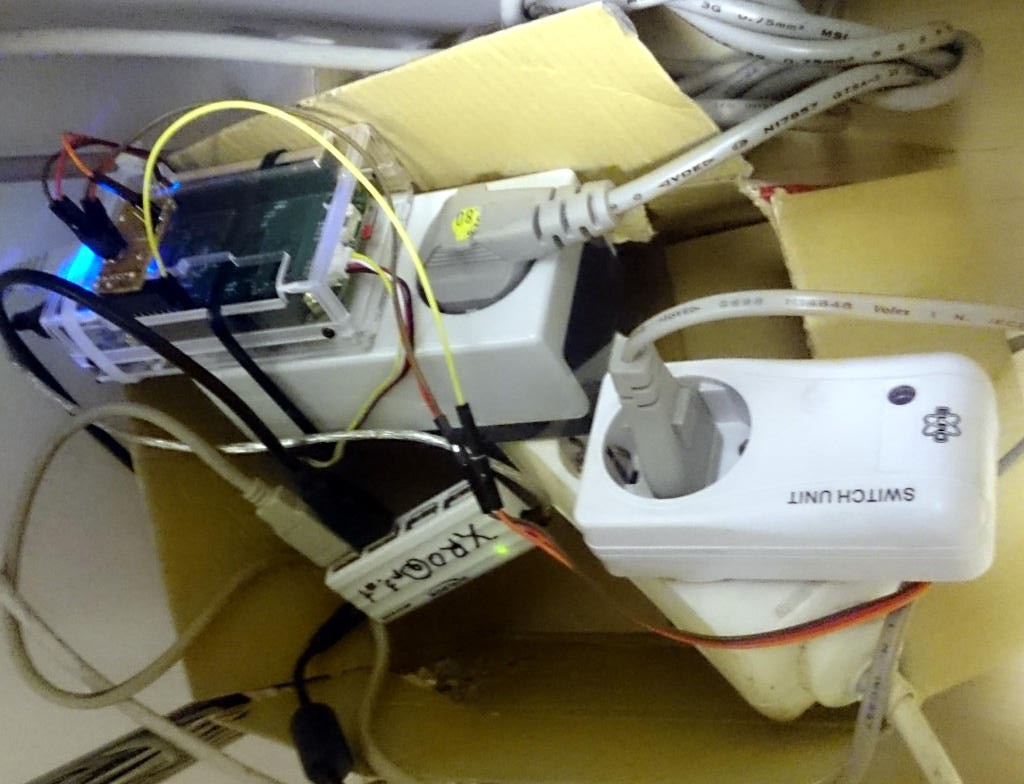 At home, my Samsung laser-printer uses 15W during standby. So, a few years back, in order to save power, I put it on a USB-controlled power-plug. Pretty soon I added a tiny script that would query cups if a print-job was queued and would switch the printer on and afterwards off again. It turned out to be a pretty effective power saving measure.

Our two very big and reliable printers at realraum were even more power hungry, so I wanted to to something similar for the space.

Using the hardware I had on hand, I cobbled together the following:

While there is a lot of room for optimization, like a leaner BeagleBone image and better housing for the power-plugs, printing- and power-saving-wise it works very well.

As always you can find our code on Github. Stay tuned for updates.